Scroll down to view our projects 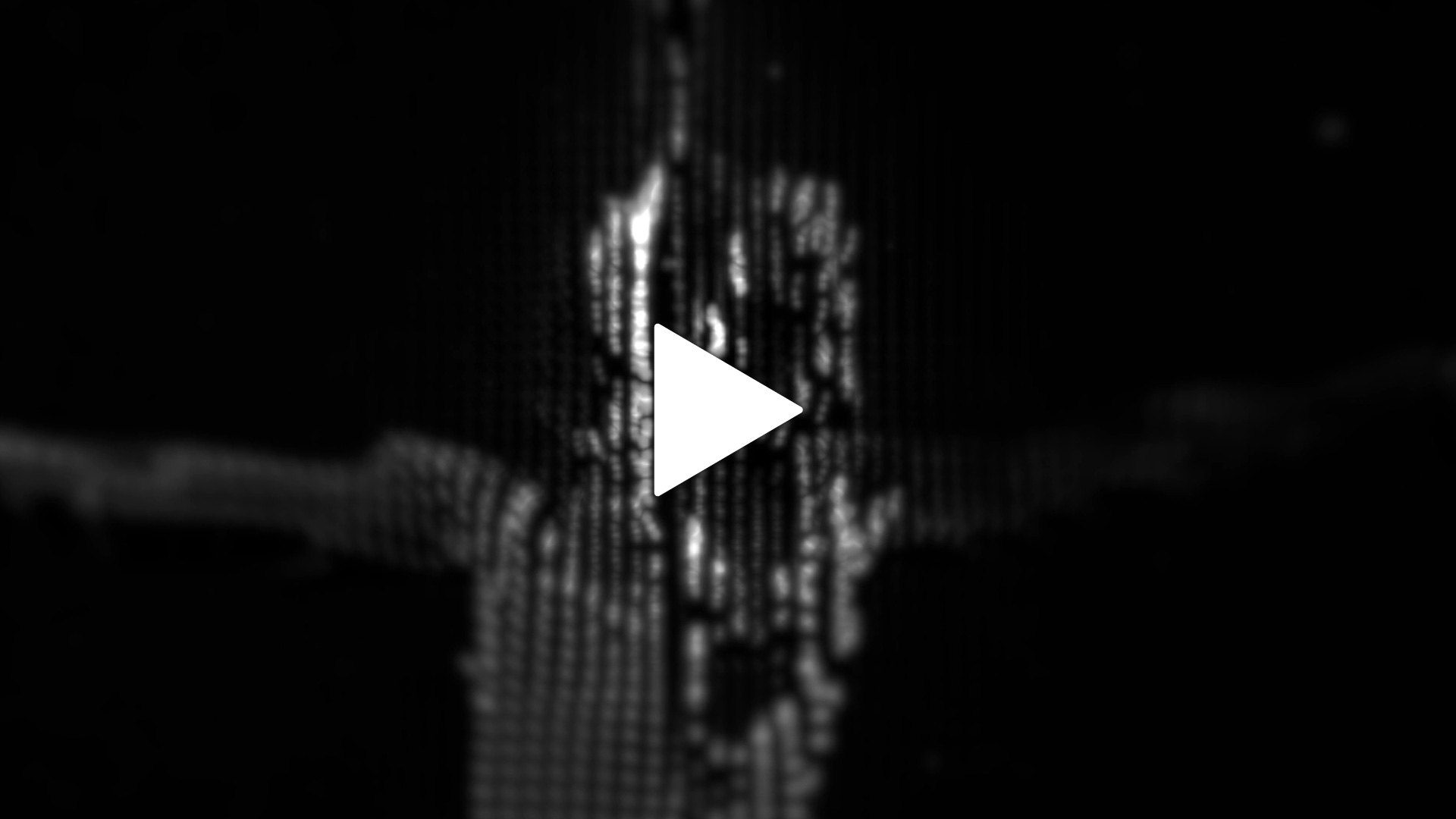 Storytelling
A tale of violence, anger, desire, power and revenge led us to use plain and suggestive colours, contrasting lights and geometries mapped onto rough structures. Inspired by James Turrell installations, the scenography and visual effects were conceived in a way that emphasizes abstract atmospheres, the strong feelings of the protagonists, and the succession of heroic paintings from the play.

Technique
Filmed in a former factory, we told the story of Parsifal through a concept of lights, anamorphosis, immersive projections and symbolic 3D-printed objects such as “The Grail & Spear”, "The Altar”, and “The Catafalque". GhostRaum also provided colour grading and visual effects using the software DaVinci Resolve, The Foundry´s Nuke and After Effects.

Commissioned by the Bayreuth Opera Festival & sponsored by Audi.
A collaboration with Chloé Guerbois, Like a Wild Beast Fur & Mote Studio.

Our Mood | Our Berlin

Storytelling
Our lead was to create a magical display for the brand concept. The bottle is displayed in a box. Holograms are projected to appear inside the bottle. As you get closer, the light changes: we see smoke, colourful drops of flavours, reviving the distillery process through symbolic images. Suddenly, the spectator´s face is also projected in the bottle. S/he becomes part of the experience, present as a mysterious reflection. The final hologram projection shows a wide shot of Berlin slowly materializing, with the Our Berlin bottle in the centre.

Technique
“Our Mood” is a personal visual experience created through animation, lights, holograms and interactivity.  Video files were created with Cinema 4d, The Foundry´s Nuke and After Effects.   For interactivity and light design we used Arduino and Raspberry Pie.

Brief
We were asked to direct and produce a music video for Melanie Pain, the singer of Nouvelle Vague. The song is about the loss of stability, like a ball frenetically ricocheting off walls… across cities…  By constantly bumping into the same ideas over and over; the character realizes the walls are ones she built herself.

Storytelling
Melanie is trapped in a room, throwing a ball against the wall. The set deconstructs itself and reassembles into a corridor, a temple with rising columns, a melting city. The singer walks through an Escheresque surrealist landscape, drowning in the melting cubes. We witness as Melanie's own mind grows, deconstructing and reorganising her own reality, until finally she is set free.

Technique
We created miniature sets, using projections and filming behind the singer to build abstract environments that fit the concept. Digital compositing enabled us to stretch the filmed material into an Escheresque landscape and produce a metamorphosis of the singer's image.

The salt of the earth | Wim Wenders

Client Brief
We were asked to design and implement a visual concept for depicting Sebastião Salgado’s photographic work in a film.  We also created the intro for the documentary, where a photo slowly appears from total darkness, inspired by the negative to positive chemical process of photo developing.

Concept & Storytelling
The light vibrates, slowly revealing the contrasting structure of a landscape. We can just make out the silhouettes of hundreds of people, until the photographic development process exposes a huge crowd of mine workers in a gold quarry in Brazil. As the photo is unveiled, the first words of the documentary resound through Wim Wender´s voice-over.
In order to see Salgado and his work at the same time, we worked with the idea of creating a digital art gallery, where Salgado would be part of his photographs, fading in and out from the impressive pictures. As if we were in the artist's head, the photos seem to float like in the darkroom, while the artist explains what was going through his mind as he took the photographs.

Technique
Set design for the virtual photo gallery made of semi-transparent glass, lights and reflections, using software such as The Foundry´s Nuke and After Effects. This technique was used to deliver more than 50 final shots for the multiple award-winning documentary.

Client Brief
We were asked to create diverse visuals and designs for a museum installation showing the creative process of the painter Zeng Fanzhi.

Concept & Storytelling
You enter a room and are surrounded by 4 stereoscopic video screens depicting different angles of Zeng Fanzhi’s studio throughout the 72 hours needed for the whole creation of one of his paintings. It is a complete immersion into the artist´s intimate work process. The gestures of painting accumulate as a hypnotic all-encompassing rhythm; colours and shapes slowly transform and we witness the creation of a masterpiece.

Technique
We provided 3D-composited visuals and concept drawings, including the visual concept and the screen room architecture.  We used 3ds Max and The Foundry´s Nuke. Graphic design was done on Adobe Illustrator and InDesign.

Commissioned by Art Basel and Zeng Fanzhi.
In collaboration with Mind and Image GMBH and Co & Atelier Eem

Client Brief
"Dream baby, keep on dreaming.” For the new music project from the #1 hit singer of "fade out lines", we were asked to direct and produce a music video. Phoebe Killdeer wanted a world that reflected the distress and paranoia of her song.

Concept & Storytelling
A girl is perched on a large metallic pole in the dark night, looking at her reflection in the mirror. Through the shiny reflection, she perceives a dark persona. The conflict with her dark psyche is so strong that the mirror explodes... throwing her into the abyss of her mind. She catches up to the silver pole drifting off into the universe and dances for her life.

Technique
We filmed a pole dancer and extended the pole digitally, playing with the perspective of the camera movements to create a sensation of imbalance and confusion. We used digital metamorphosis to create avatars of the singer and actress.

Commissioned by Phoebe Killdeer and the Shift & Altin Village & Mine